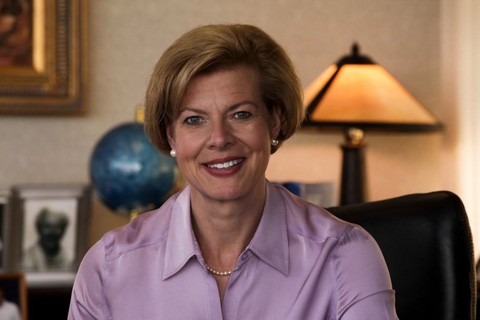 CNBC reports: “The race attracted national attention and brought President Donald Trump to the Badger State in the final weeks to stump for Vukmir. In recent months, Baldwin — a one-term liberal Democrat and the nation’s first openly gay U.S. senator — had been leading Vukmir in polling by double digits and enjoyed a money advantage. Baldwin spent about seven times as much as her conservative Republican challenger and raised more than $27 million compared with Vukmir’s roughly $3 million haul as of Oct. 17.”