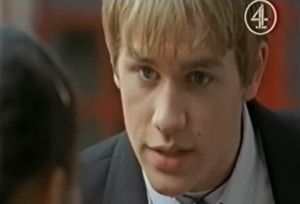 Described as a “modern take on the original British series that centers on a group of club-going friends who find support in the gay community following a tragedy,” Bravo’s new Queer as Folk will center around new characters in a unique setting.

Davies’ original Queer as Folk — whose cast included Sons of Anarchy‘s Charlie Hunnam and Game of Thrones‘ Aiden Gillan — only ran for 10 episodes (1999–2000), and its US adaptation enjoyed a healthy five-season run on Showtime (2000–2005).

It’ll be fascinating to see how Davies re-envisions the series. Also to see if he addresses some of the criticisms the show faced for not being diverse enough or addressing HIV — steps the American producers attempted to address in later seasons that kept some fans satisfied, while others bemoaned them.

The creators of the American Showtime version of Folk executive producers Daniel Lipman and Ron Cowen, told Entertainment Weekly who recently featured an American cast reunion in its pages, that they weren’t interested in reviving the show à la NBC and Will & Grace. “This was a show about young people trying to find their way,” said Lipman. “Now we’d have a cast who are all mature. So that would be a totally, totally different kind of show.”

As for a reboot, that wouldn’t be out of the question. “If somebody wanted Queer as Folk, that kind of energy, you’d have to go back and you’d have to cast young people,” Lipman explained. “And with Tinder and Grindr, it’s a very, very different world than it used to be.”

Photo above: Charlie Hunnam in 1999’s Queer As Folk