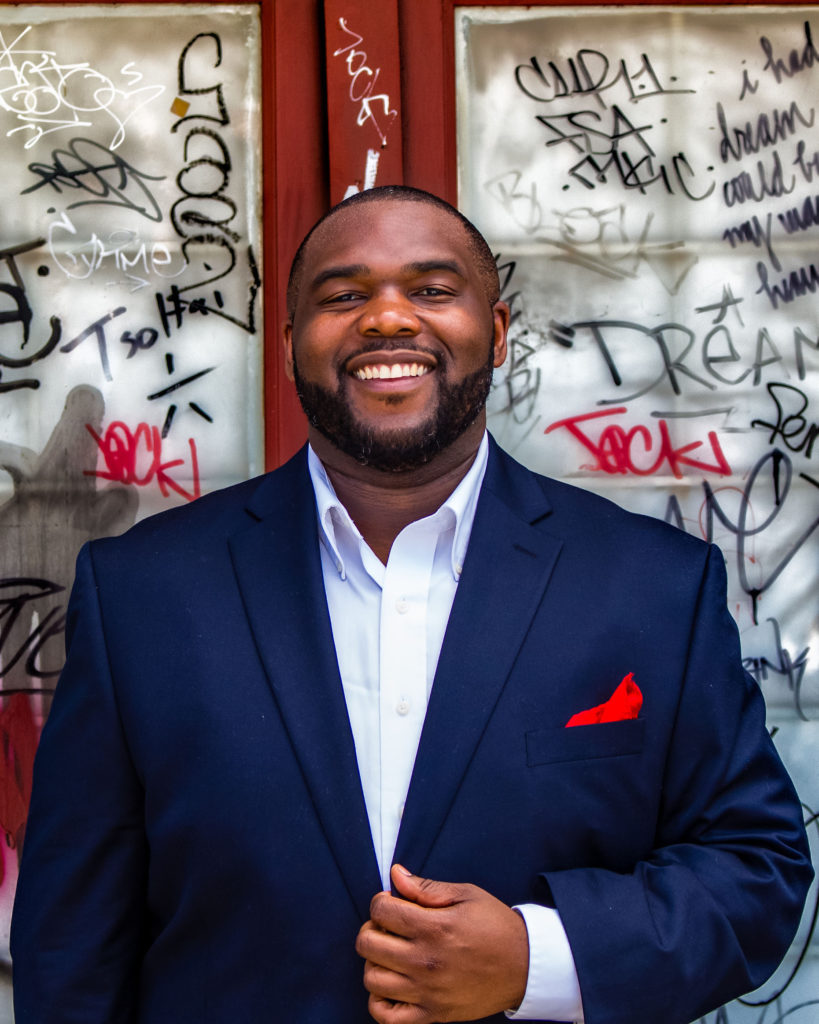 While HIV rates spike in Atlanta,  Johnnie Ray Kornegay III  is seeking to record the stories of Black gay men in pictures.

Kornegay’s journey to professional photographer began when he set out to be a music producer/performer. As reporter Gracie Bonds Staples of  The Atlanta Journal-Constitution said: “That lasted four years and after graduating from Temple University, he became a recruiter for Independence Blue Cross, which eventually led to a managerial position with Borders bookstore and then Home Depot here in Atlanta and closer, not just to his third dream, but what seems to have been his destiny. I say that because, three days before World AIDS Day, I was with Kornegay in his Stone Mountain photography studio and it was very clear to me the man had discovered his true passion, which comes, of course, with accepting your true self.”

“Be the Flame” and his newest body of work, “Naked,” a photo series of 25 Black gay and bisexual men in the nude, are about body image and self-love and about what had evolved into his third dream: telling the stories of Black gay men.

Kornegay was inspired to come out publicly as a Black gay man in 2015 after he found himself adding his name to an online letter expressing love and devotion to Michael Johnson, the athlete sentenced to prison for “knowingly” exposing or transmitting HIV to six male partners.

To give you some context as to the environment that Korengay is working in,  Dr. Carlos del Rio, the co-director for the Emory Center for AIDS research recently said “Downtown Atlanta is as bad as Zimbabwe or Harare or Durban [All in Africa].”

Health officials from the Centers for Disease Control and Prevention recently announced that Atlanta remains in an HIV/AIDS health crisis and ranks fourth in the nation for new HIV diagnoses.

Kornegay told Project Q Atlanta, “I learned about HIV because of 1980s and 1990s pop culture. I remember watching Neneh Cherry’s “I’ve Got You Under My Skin” video. It was the visual arts from Keith Haring, the music from Janet Jackson, the poetry from Essex Hemphill that gave me courage and knowledge. Art of my childhood was seductive in the way it taught me to think more deeply. I could speak out. Art is indispensable from social change for black folks. It gives us context. It gives us language. It helps us understand the world around us.”

He recently shot the cover of the HIV treatment magazine Positively Aware‘s September/October 2018 issue on HIV decriminalization. “As a person who’s released two bodies of artistic work publicly that included the stories of black gay men living with HIV, I was so honored to do the cover. HIV laws around the country must be modernized. I am committed to being part of that change.”

Positively Aware’s art director Rick Guasco who hired Kornegay called him a, “Great advocate and passionate and energetic artist dedicated to the cause.”

Korengay told Towleroad,  “As an artist, it’s important to me to tell the truth about the world and the subjects that step in front of my camera. As a Black gay man, my tribe are Black gay men and other marginalized folks, including people living with HIV. I was enlightened by the art of my childhood, and it’s my responsibility to use my art to tell our truths today. Like Tony Daniels said “We are here,” and like Craig G. Harris before him, ‘[we] will be heard.'”