DISINFORMATION CAMPAIGN. Russian bot campaign to discredit Robert Mueller was strikingly similar to Trump’s:  ‘Courtesy of new reports released by the Senate Intelligence Committee, we’re now learning new details about a major disinformation campaign that Russia ran against special counsel Robert S. Mueller III.Prepare to sit down for this one: In an extraordinary coincidence, it turns out that Russia’s messaging about the Mueller investigation is eerily, strikingly similar to the attacks on it waged by a rather prominent American: President Trump.’ 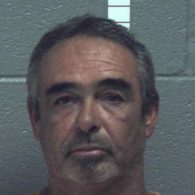 VIRGINIA. James M. Wheeler, 56, gets 15 years in prison for fatal stabbing of gay rights advocate Bruce Garnett: ‘In a plea agreement, Wheeler, a commercial driver’s license instructor, pleaded guilty to second-degree murder in Garnett’s death, whose body wasn’t discovered until a month after he was killed after a concerned neighbor who hadn’t seen him for weeks called police. In accordance with that agreement, Johnson sentenced Wheeler to 40 years in prison with 25 years suspended.’

TUCKER CARLSON. Doubles down on “dirty” immigrant remarks that have already cost him advertisers. “Instead, they zeroed in on the last line. The left says we have a moral obligation to admit the world’s poor. Even if it makes our own country more like Tijuana is now, which is to say poorer and dirtier and more divided.”

We spend a lot of time talking about the threat to free speech. It’s not an academic question. If they can force you to shut up, they will. Here's their latest attempt. (PART 3) pic.twitter.com/TXiLJtoXzn

2020. Bernie Sanders tops Democracy for America straw poll. “Leading the field was Sanders, with 36 percent support. He was followed by Biden at 15 percent and O’Rourke at 12 percent. Warren and Sen. Kamala Harris (D-Calif.), received 8 percent and 7 percent, respectively. No other potential candidate received more than 4 percent.”

HOLIDAY SONG OF THE DAY. MNEK “Stopped Believing in Santa”.