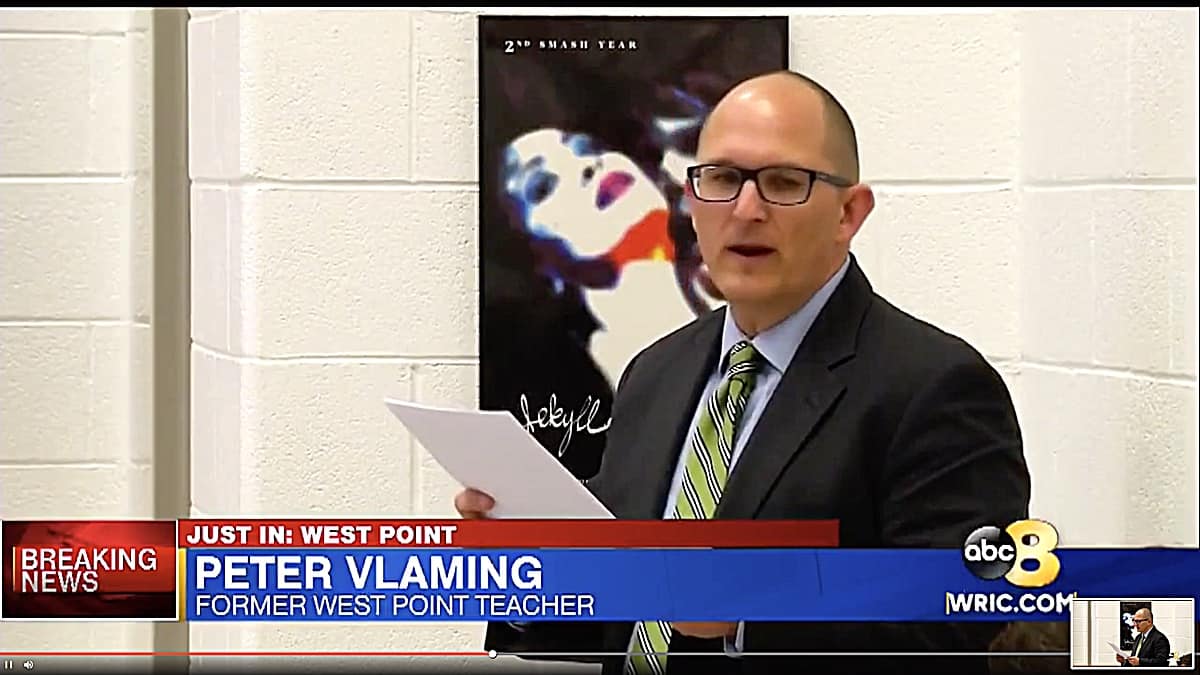 A Virginia high school teacher was fired for refusing to use a transgender student’s preferred pronoun after the school board unanimously approved his termination on Thursday.

West Point High School French teacher Peter Vlaming had been on administrative leave since late October when the incident took place, and spoke at a hearing before the board.

Said Vlaming at his hearing before the board: “My religious faith dictates that I am to love and respect everyone, whether I agree with them or not. Because we are all made in God’s image. I am also aware of, and agree, with speech limits that are placed on public school teachers, concerning matters of religious faith. I represent the state in my role as a public school teacher and therefore speak with a certain authority. That authority is not to be used to promote any one specific worldview, and I don’t. However, we are here today because a specific worldview is being imposed upon me.”

Superintendent Laura Abel released a statement: “The School Board has policies that prohibit discrimination on the basis of gender identity. As detailed during the course of the public hearing, Mr. Vlaming was recommended for termination due to his insubordination and repeated refusal to comply with directives made to him by multiple WPPS administrators. As superintendent, it is my responsibility to enforce board policy, and due to Mr. Vlaming’s non-compliance I therefore recommended termination. Given the potential for further litigation, we will limit any additional comments to what was presented at the hearing.”

A petition created by students in support of Vlaming had 1,819 signatures at the time of this post and said that Vlaming mistakenly referred to a student who had chosen to identify as male ‘as “her” on 2 occasions this school year.’ The petition added that a parent had complained to the principal.

Vlaming was quoted on the petition as well: “I won’t use male pronouns with a female student that now identifies as a male though I did agree to use the new masculine name but avoid female pronouns. Administration is requiring that I use masculine pronouns in any and every context at school. I was informed that any further instances of using female pronouns would be grounds for termination.”

Previous Post: « Bryan Cranston Headlines a Bold but Bloodless ‘Network’ on Broadway: REVIEW
Next Post: Kevin Hart Steps Down as Oscar Host After Furor Over Past Homophobic Statements »