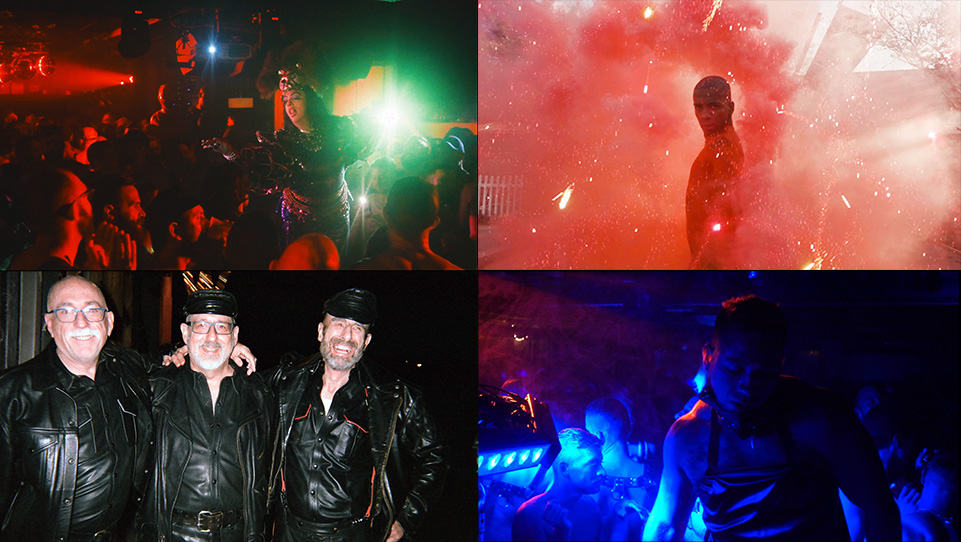 This years resolutions felt impossible. I’ve witnessed so much change for queers around the country, more than our forefathers dreamed of, yet many of us are deeply disenfranchised. As I approach 40, I continue to see too many friends process shame and trauma through addiction and suicide.

I’m now at the age many of my heroes died of AIDS, the roadmaps of their biographies have ended. How can we make it to our senior years together and what will await us once we’re there? We’ve pried open closet doors, changed the law and de-fanged a killer virus but are we using these victories as an excuse for isolation and narcissism? Perhaps this political reality show is the crisis of our generation.

How can gay men use our new powers to help other queers through this? Though in past years I’ve had moments of soaring inspiration, making resolutions for others is hard when all you have are questions. My single resolution for 2019 is to ask ourselves difficult questions that can center, focus and unite our community for the year ahead. 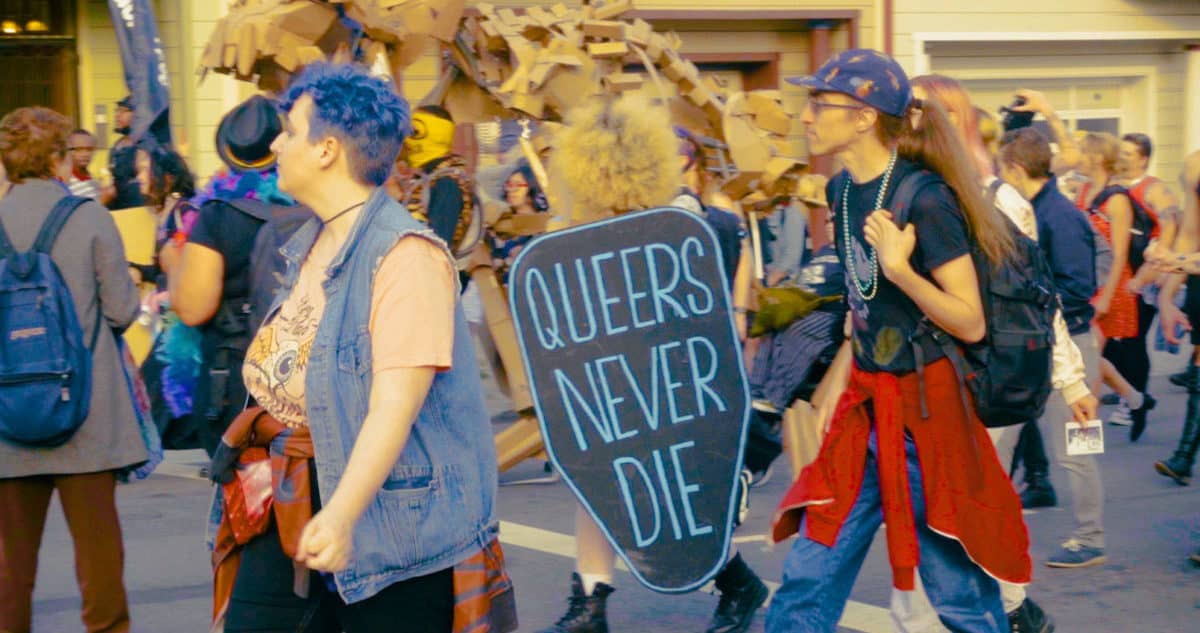 How are we confronting racist bullshit?

As a Mexican immigrant, this year was rough. I had to ask myself: what is more important to my identity, being gay or brown? Rich white gays gushing over this president in the NY Times, while brown queers were tear gassed at the border and children who looked like me slept in fucking cages. At a QPOC bar in San Francisco, a white woman and her white gay friend called the cops on a black drag queen because her performance was too “aggressive.” A queer white woman filed a police report on me over a private Facebook argument. Rough.

It was affirming that all across racial lines, gay men were properly outraged by these incidents, donating to immigrant causes, writing letters of support and speaking up to the cops. This year I watched my white friends exercise their privilege not just against the overt racism of this administration and BBQ Beckys, but the casual racism of their family, on apps and at brunch. I witnessed my QPOC family run for office, open businesses, create art that reminded everyone of our value, using education as a tool instead of just reprimanding others for their ignorance. In 2019,  let us continue to confront racist bullshit with our posts, votes and dollars. 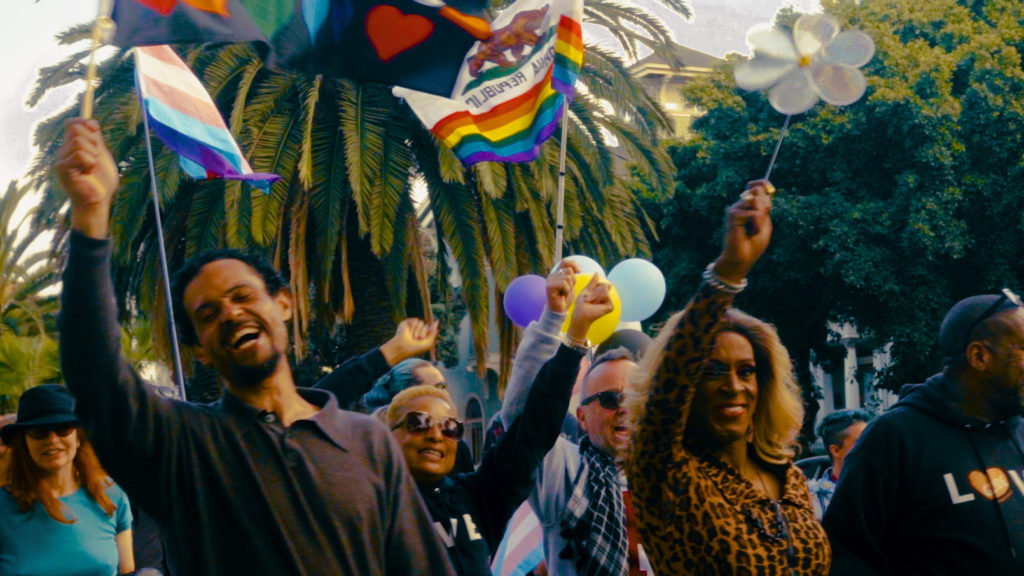 How can we moderate our vices?

We all struggle with our bad habits in times of crisis, whether it’s booze, drugs, shopping, sex, food. Stress + tequila turn me into an emotional, loud-mouthed Mexican stereotype. After an eviction sent me into a tailspin of anxiety drinking, I quietly took a sober month to reassess my consumption and how it was affecting others.

It wasn’t as difficult as I thought and it broke the loop of anxiety-drinking-anxiety. I was more attentive to my friends and it was nice to remember all our conversations. Whether it’s getting too drunk, falling out on G, unhealthy sex, letting the search for coke rule your evenings, or even just being an asshole if you haven’t had coffee, taking a break from our vices can give us clarity in tough times. Sobriety isn’t for everyone, but harm-reduction should be.

Are we helping meth become the epidemic of another generation?

Meth has led to the oblivion of so many people I love. It’s not just an epidemic, it’s an underground culture that allows users to slide into a double life with such heartbreaking ease that very few are able to resist its gravitational pull. It dovetails so well with our desires and fears, that nothing we can say can change the mind of someone under its grasp.

What I do implore users is to be aware of how they’re exposing others to this drug. Many young people are introduced or enabled by older men or frequent users. Before you pass that pipe or syringe to our young or inexperienced, ask yourself, are you indoctrinating others, does your misery need company? 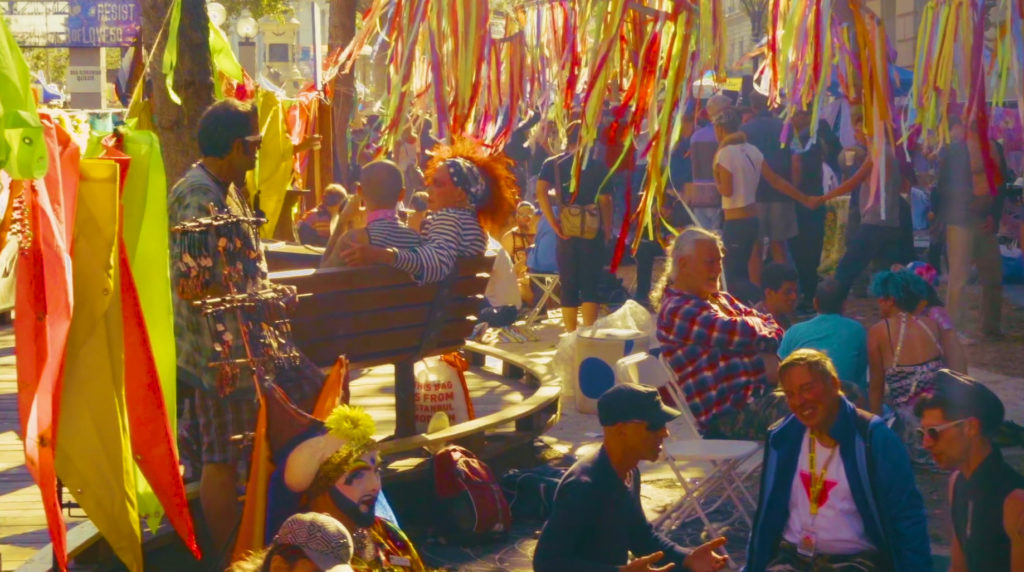 How do we keep our city’s queer residents?

Many historically queer cities are in housing shortages that bring out the worst. This year I suddenly lost my home in San Francisco. An older gay landlord had no boundaries over what he believed I owed him for cheap rent. Almost overnight, I was homeless in one of the most expensive cities in the world. After months, through the help (and couches) of many people, I found a spot. I’m one of the lucky ones, so many queers have fled, or live on our streets. When folks lament the golden era of a city, it’s  about proximity to one another, the ability for spontaneous gatherings. It’s not just about protecting spaces, but about passing down history and political power.

It’s hard, but our ethics can still shield queer neighborhoods against greed, for example by resisting the urge to overcharge a new queer roommate. Join or create Facebook groups for queer housing, and use these instead of AirBnB in places where queer and POC neighborhood are being gutted. Vote for progressive candidates and affordable housing measures.

We’ve pried open closet doors, changed the law and de-fanged a killer virus but are we using these victories as an excuse for isolation and narcissism? 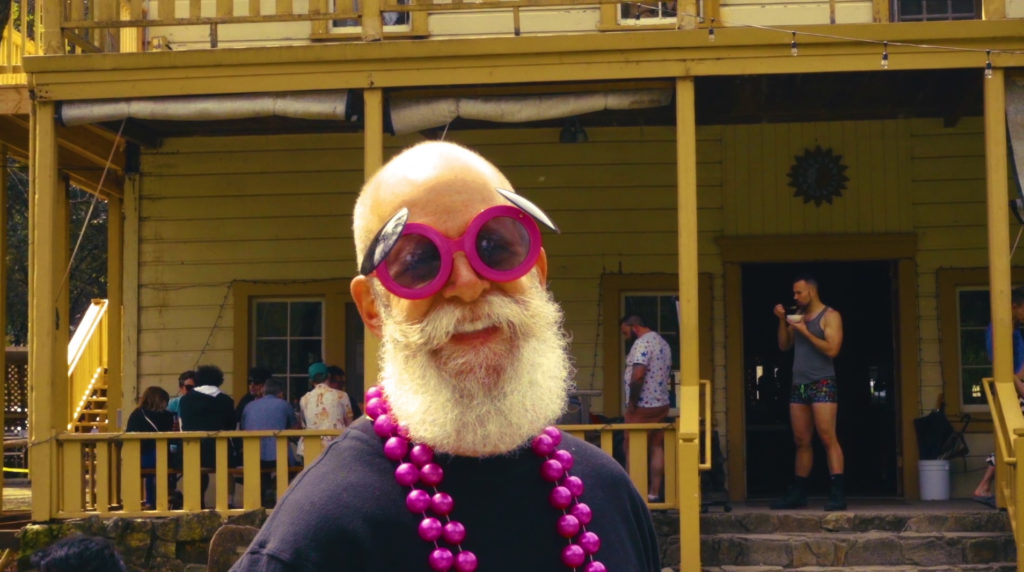 How are we talking to trans folks about sex?

Among my biggest regrets of 2018 are times I didn’t take my trans family into better consideration. Gay men dominate so much of queer history and spaces that it doesn’t occur to us to ask, or more importantly, not ask certain questions. I reached out to my trans friends on what we could be doing better. Other than the obvious (holding safe space, marching, voting, etc), one of the biggest issues that came up is how we talk to trans folks about sex, especially on apps.

We can be so caught up with the fact we “meant” well, that we don’t realize we need emotional consent when touching on certain topics. I cringe when I think about how I’ve spoken to trans people in the past. Good intentions are not an excuse for “You’re so pretty, are you trans?” or “I’ve always wanted to have sex with a trans!” or the worst “What’s down there?” 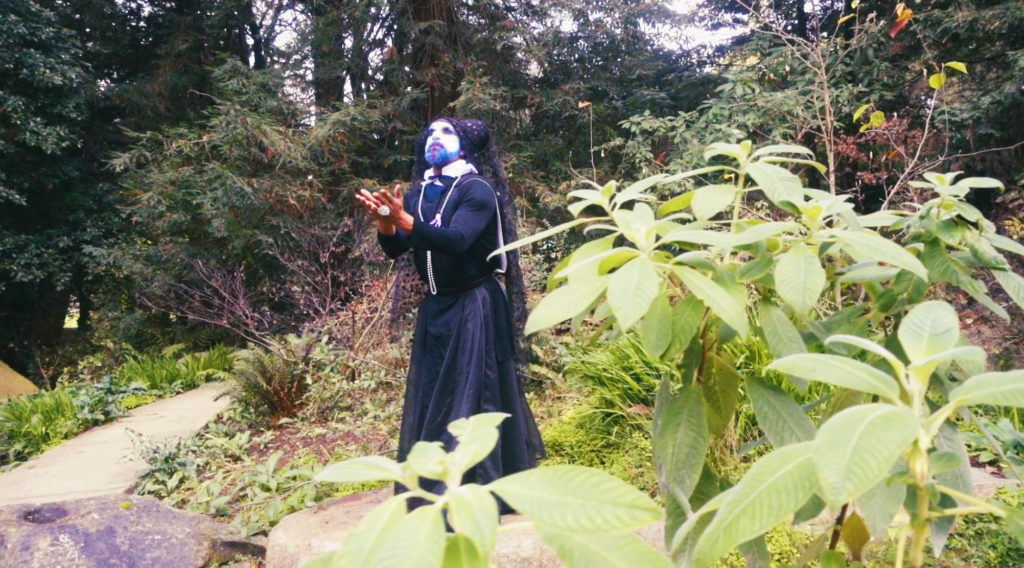 Do we think about our gay seniors?

This year I interviewed queer folks in their 70’s and 80’s for a film. They spoke about times not so long ago when holding a man’s hand could get you arrested for “crimes against humanity.” Your face would be in the paper, your stuff on the street because of moral clauses in apartment leases. They reminded me our new blue pill is holding back a tidal wave of death that washed away much of their support, that the politicians who neglected the plague still serve our government. They told me how they laughed during AIDS, and how they’d cruise at funerals. I was deeply moved by the weight of history they carried, all while some lived in poverty, sometimes forced to go back in the closet.

None of us would be here without our gay seniors and frankly, they’ve gotten the shaft. Their lack of a better support system is not proportionate to the sacrifices they made for us. How are we helping them lighten their burdens? For starters, we not only need to support LGBT Senior causes, we must foster intergenerational friendships. While it may seem there’s an ocean between our generations, we owe them not only immense gratitude, but a fucking hello. Next time you see a queer senior at a gay bar, ask them how their day was and you may stumble upon history that could change you.

Do our emotions have a weight to them?

I have a friend who comes over for dinner and each time he brings me a card. We’ll post about our dinner, share photos on our IG stories, he’ll send me a thank you text, but guess what I value the most? We live in times of weightless affection. It is not inherently bad that a birthday post has replaced a hug, or that an eggplant replaced the street cruise, but when we lift less, and less weight, our emotional muscles are not as strong. For those closest to you,  take the extra step to communicate joy, love or despair in more tactile ways. For strangers, ask yourself if you know how to react to their attraction without reaching for your phone to check their profile on an app.

What are we ashamed of?

Shame is behind most of the questions asked in this piece, always part of our story. The closet, AIDS, religion, abandonment, our bodies. We are such masters at reflecting self-loathing onto others, half the time we don’t even realize it’s there, at the root of our high statistics of mental health and addiction issues.  Ridding ourselves of it is a lifelong process. The anxiety it causes along the way can paralyze us completely but small steps can get us through. First step is asking yourself what are you ashamed of? The size of your body, dick, bank account, résumé ? How does this shame translate into depression or anxiety?

The best advice I’ve ever received was “Whenever you feel anxious, do something nice for someone.” I hope that this coming year, when we wake up with that worry for the state of our country or ourselves, we can pick up the phone and ask someone how they are and to listen without waiting to talk. I hope we get the strength for unexpected gestures of generosity for one another that have a weight and history to them. These times aren’t dark Mary, they’re just heavy. Lift yourself and one another up in 2019.

2016 Resolutions All Gay Men Should Consider

2017 Resolutions All Gay Men Should Consider

2018 Resolutions All Gay Men Should Consider

Leo Herrera is a queer Mexican artist, activist and writer. His work focuses on queer history, sexuality and nightlife. His latest piece FATHERS Project is a sci-fi web series that imagines AIDS never happened. Now playing at www.iftheylived.org. You may also follow him on Instagram. 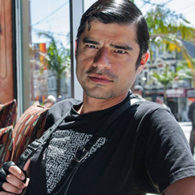 Previous Post: « Wil Wheaton Comes Out About His Anxiety and Depression
Next Post: Jason Momoa Already Knows Who He Wants To Be The Villain in ‘Aquaman’ Sequel »