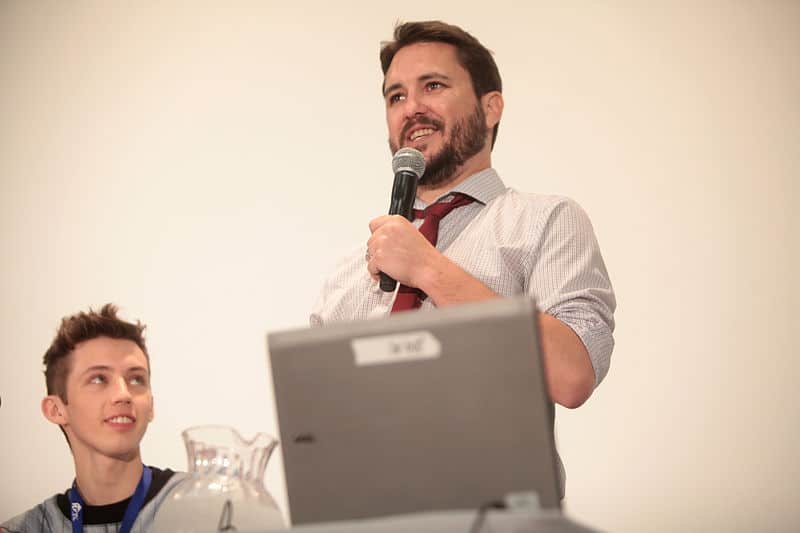 Wheaton and Troye Sivan on a panel at San Diego Comic -Con in 2014.

In a powerful personal essay on Medium republished on the Medium home page today—actor Wil Wheaton famous for his childhood and adolescent roles in the movie Stand By Me and his portrayal of Ensign Wesley Crusher on Star Trek: The Next Generation—and currently a regular guest on The Big Bang Theory came out about his battle with chronic depression and generalized anxiety or as he hysterically refers to them: “the tag team champions of the World Wrestling With Mental Illness Federation.” 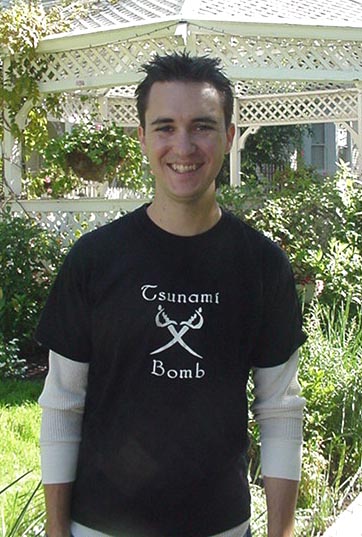 Wheaton begins the essay by saying that he spoke to the National Alliance on Mental Health (NAMI)’s Ohio statewide conference and the following were his prepared remarks:

Before I begin, I want to warn you that this talk touches on many triggering subjects, including self-harm and suicide. I also want you to know that I’m speaking from my personal experience, and that if you or someone you know may be living with mental illness, please talk to a licensed and qualified medical professional, because I am not a doctor.

Okay, let’s do this.

Hi, I’m Wil Wheaton. I’m 45 years-old, I have a wonderful wife, two adult children who make me proud every day, and a daughter in-law who I love like she’s my own child. I work on the most popular comedy series in the world, I’ve been a New York Times Number One Bestselling Audiobook narrator, I have run out of space in my office for the awards I’ve received for my work, and as a white, heterosexual, cisgender man in America, I live life on the lowest difficulty setting — with the Celebrity cheat enabled.

My life is, by every objective measurement, very very good.

And in spite of all of that, I struggle every day with my self esteem, my self worth, and my value not only as an actor and writer, but as a human being.

That’s because I live with Depression and Anxiety, the tag team champions of the World Wrestling With Mental Illness Federation.

And I’m not ashamed to stand here, in front of six hundred people in this room, and millions more online, and proudly say that I live with mental illness, and that’s okay. I say “with” because even though my mental illness tries its best, it doesn’t control me, it doesn’t define me, and I refuse to be stigmatized by it.

So. My name is Wil Wheaton, and I have Chronic Depression. Continue reading here.

Mental illness is among the last great stigmas especially when it comes to men many of whom abuse alcohol or other substances in lieu of seeking treatment.

A few months ago, Wheaton had  deactivated his robust social media following on Twitter for a new site called Mastodon, he told The Onion’s AV Club,  where he found many of the same things that he hated about Twitter on the new social site saying: “I found a harsh reality that I’m still trying to process: thousands of people who don’t know me, who have never interacted with me, who internalized a series of lies about me, who were never willing to give me a chance. I was harassed from the minute I made my account, and though I expected the “shut up wesley”s and “go fuck yourself”s to taper off after a day or so, it never did. And even though I never broke any rules on the server I joined (Mastodon is individual “instances” which is like a server, which connects to the “federated timeline”, which is what all the other servers are), one of its admins told me they were suspending my account, because they got 60 (!) reports overnight about my account, and they didn’t want to deal with the drama.”

Wheaton’s most powerful lines in his speech is where he speaks  about “Right now, there is a child somewhere who has the same panic attacks I had, and their parents aren’t getting them help, because they believe it reflects poorly on their parenting to have a child with mental illness.”

Wheaton’s speech could  easily be a paean to all LGBTQ folks who’ve all suffered mass psychological trauma of some kind.