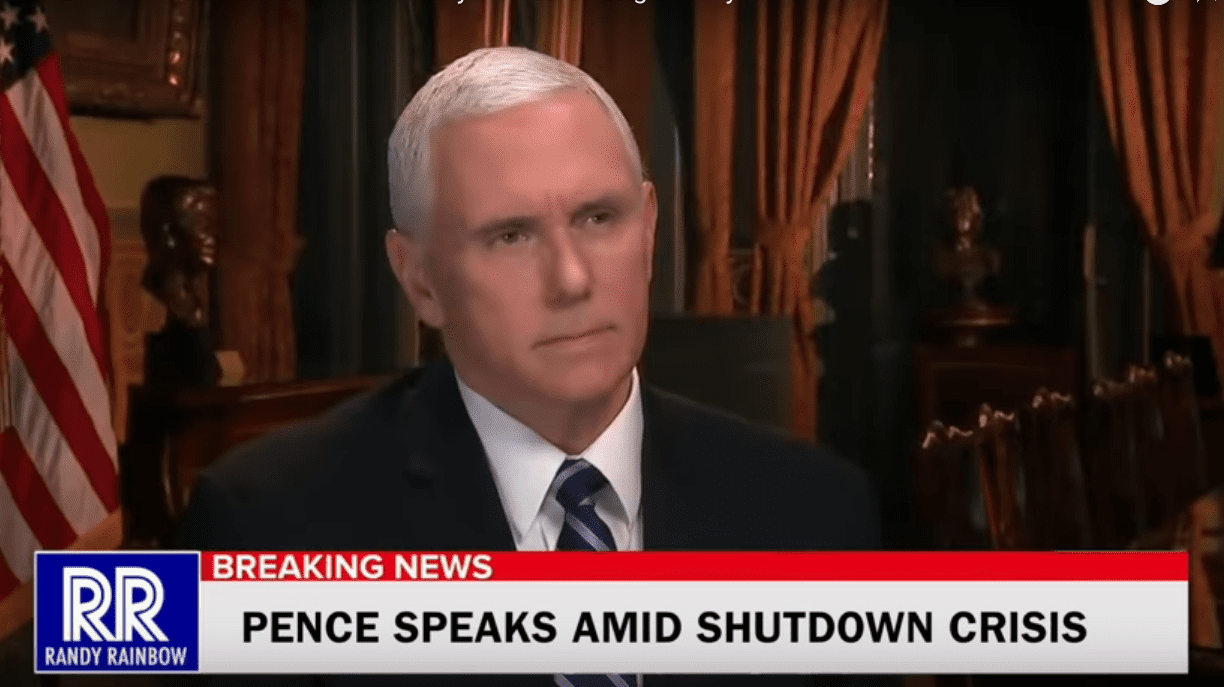 In a hysterical one sided interview Randy Rainbow gives Mike Pence a “Springtime for Hitler” like ribbing around the shut down and shows how Trump’s intransigence about building his border wall has blinded him to everything else.

He’s got money in the rank, he’s got spray tan on his face / he’s got baseless facts and figures, which he figures please his race /  he’s got gold at Mar-a-Lago and a ton of adderall. / What ain’t he got? / A border wall!

He gets badgered, he gets booed / He gets heckled coast to coast / He gets valentines from Putin and advice from Hitler’s ghost / He gets labeled irresponsible and inhuman and unfit

Rainbow saves the killing blow for the final line though:

There is nothing whatsoever like a totally manufactured national emergency to distract everyone from what is actually on his mind / which is, you guessed it /  Robert Mueller!

Watch the “There Is Nothing Like A Border Wall” below.