You are here: Home / Archives for Jacob Chansley 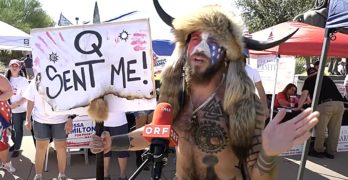 Jacob Chansley (aka Jake Angeli and the 'QAnon Shaman') feels betrayed by Donald Trump because he didn't get a pardon, and wants to speak at the … END_OF_DOCUMENT_TOKEN_TO_BE_REPLACED