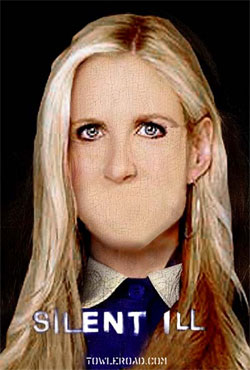 Some papers have begun to drop Coulter’s column as well. The Lancaster New Era, a daily paper, told readers it “halted publication of Ann Coulter’s syndicated column following her crude characterization of presidential candidate John Edwards as a homosexual at a public appearance on Friday. Coulter’s use of name-calling, sarcasm, and overstatement in her columns too often detracts from the arguments she seeks to make. …Lancaster County residents of whatever political view — conservative, moderate, or liberal — deserve intelligent discussion of issues. Ann Coulter no longer provides that.”

Andrew Sullivan received an email from the American Conservative Union. Sullivan reports that the group won’t say they’ll disinvite Coulter from speaking at CPAC next year, and won’t condemn her comments:

“ACU and CPAC leave it to our audience to determine whether comments are appropriate or not. “Ann Coulter is known for comments that can be both provocative and outrageous. That was certainly the case in her 2007 CPAC appearance and previous ones as well. But as a point of clarification, let me make it clear that ACU and CPAC do not condone or endorse the use of hate speech,” said David A. Keene, ACU Chairman.”

As Sullivan notes: “Why can he not just say so and disinvite her in the future? The answer: because the base would explode. Coulter is central to a core element of the conservative movement today.”