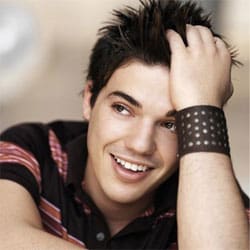 Said Callea: “Yes, I am gay. I have no issue with my sexuality now, but it’s taken time to become confident with who I am and happy with who I am. I’m looking forward to living a life with no barriers and not having to worry about saying the right thing. I’m comfortable enough to come clean now. It’s a weight off my shoulders. If people have an issue with it, it’s their issue. It shouldn’t really be relevant to me being a singer and a performer.”

While a contestant on Idol Callea said, “I’m not gay. I don’t know why people say I am. A lot of people just make up rubbish.”

Callea said there were reasons he hadn’t come out earlier: “You learn from your mistakes. I was 21, 22 at the time. I didn’t want to be known as just the gay contestant from Idol. It was a very confusing time. I went through a stage of major depression. I hated myself. I had to see a psychologist. I wasn’t talking to anyone. My parents didn’t know what was wrong with me. But getting through that makes you a stronger person, it allows me to do what I’m doing now and not be affected by what’s said.”

He said he hoped not to be know as “gay singer Anthony Callea”: “I’m not ashamed of being gay, but it’s not in my nature to go out and promote it. I want to be known as a singer and as a performer. This shouldn’t change anything. I’m happy to be judged on my music, but I don’t think it’s right to judge people on their sexuality or their religion or their race or anything.”

you may have missed…
Australian Pop Star Anthony Callea Outed [tr]
Nope, Not I [tr]