Homophobic Moscow Mayor Yuri Luzhkov invited to Gay Pride in Stockholm by Swedish politicians: “‘It is enormously important that (Russia) moves in the right direction and respects human rights. Being homosexual belongs to those rights,’ said Liberal Party member Lotta Edholm, one of the co-signers…They invited Luzhkov to attend the gay pride parade in Stockholm on Aug. 4 “in order for you to see the power of love.” Edholm said there had been no immediate reply from the mayor.” 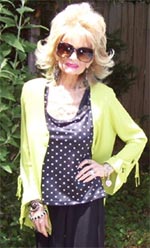 Tammy Faye Messner speaks about cancer: “I would say I’m in pain almost 100 percent of the time. My back hurts, so I had to go to a wheelchair. And I have a very bad tummy all the time. When they said there’s nothing more we can do, for just about a minute I felt sorry for myself, had my little pity party. Then I said, ‘I’ve got somebody bigger than the doctors, I know the Lord, Jesus Christ, and he can do something for it.’ He’s the only one that can, and so I just trust Him every day. Today I want you to remember: You can’t go forward, looking in the rear view mirror, yesterday is gone, you cannot put a broken egg back together again so don’t spend your energy trying.”

Yahoo! profiles gay blogger Mike Rogers of BlogActive: “Rogers is a muckraking gay blogger who uses his insider’s knowledge of Washington politics and broad blanket of contacts to ‘out’ gay politicos — but only, he says, if they are undermining gay rights.”

Glastonbury Festival line-up announced: “The Who, The Killers and Arctic Monkeys will be headlining on the Pyramid Stage during the three-day event. Among the more than 200 acts listed are Rufus Wainwright, Lily Allen, Amy Winehouse, The Gossip, Paul Weller, Chemical Brothers and Shirley Bassey. The festival, which starts on 22 June, will be the largest yet, with an extended capacity of 177,500.” 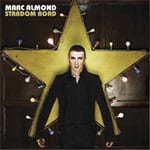 Hotscots FC, Scotland’s first gay football team forms: “Kevin Rowe set up Hotscots FC, which now has around 20 players, in February and he already has set his sights on the gay World Cup in 2008 in London. The 34-year-old, of Leith Walk, played for the Yorkshire Terriers before moving to Edinburgh last year to work as a fundraiser for the Scottish SPCA. A keen footballer since his school days, he said some gay players felt ‘uncomfortable’ and had suffered discrimination in other teams. He said: ‘It’s for gay people who like football, but who feel a little intimidated playing in straight teams. The social side is very important.'” 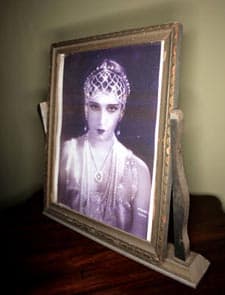 The NYT makes a visit to eccentric artist Hunt Slonem’s Louisiana plantation house: “Mr. Slonem says that one morning he went swimming and saw faces looking at him from the trees, and a psychic friend later identified them as slaves who died in an epidemic. He’s also seen a woman in a blue antebellum dress passing through. He says that not only do these old houses choose you, but somehow you are metaphysically adopted by all the families that lived in them before, and those people tell you what they think.”

State Department orders website to remove photos of new luxe $592 million embassy in Iraq: “According to news reports, ‘Some U.S. officials acknowledged that damage may have been done by the postings and used expletives to describe their personal reactions.’ But it is unclear whether the damage was done to security or public relations. (Aerial images of the embassy can be easily obtained from sites like Google Maps.) The real damage of these images comes from bolstering the perception of a long-term U.S. occupation. While Americans will be living in posh quarters, the citizens of Baghdad are currently surviving with just 5.6 hours of electricity a day. Baghdad was also recently rated the world’s worst city in which to live.”

Bill O’Reilly on Mitt Romney: “He’s got the jaw going on, the little gray thing in there. And I think that means a lot in America.”