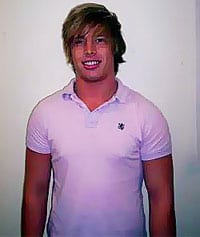 Matt Leveson, a 20-year-old Sydney man who went missing after a night of partying, is feared murdered: “The wildlife welfare officer, a regular at the club, was thought to be going home to Cronulla. His family reported him missing when he failed to show for work the following Tuesday. He had also stopped answering his phone. Two days later Mr Leveson’s green 1999 Corolla hatchback was found dumped outside a public toilet at Waratah Park Reserve, Sutherland. Police said evidence suggested he did not park it there. They believe he ‘met with foul play’.”

Funeral held in Ireland for lesbian soldier Ciara Durkin, slain mysteriously in Afghanistan. The investigation into her death is ongoing.

Radiohead fans pissed at poor sound quality of In Rainbows digital download: “The sentiment among many fans seems to have gone from admiration for the group’s willingness to let the consumer decide how much to pay for the new album to anger over the low quality of the downloads — and dismay over the band’s manager’s statement that the you-choose-the-price downloads were just a promotional tool for the release of the physical CD.” 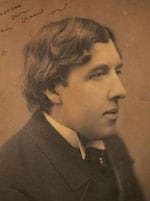 Paris Hilton heading to Rwanda on charity mission: I’m scared, yeah. I’ve heard it’s really dangerous. I’ve never been on a trip like this before. I love having everything documented. It shows people what everyday life is like for me, how hard I work. There are a lot of misconceptions about me.”

Jack Mackenroth, set to compete in the upcoming Project Runway season, denies a rumor that he was booted from the show because of a staph infection: “‘He says he was the fifth designer voted off,’ says the snitch. ‘He is claiming that this was at least part of the reason he was booted.’ Mackenroth, who had signed a confidentiality agreement, denied spilling the beans when contacted by Bravo. ‘People will say things about me whether they know me or not,’ he said in a statement released through Bravo’s PR. ‘Those were not my words and are fictitious.'”

Is the government employing high-tech robo-bugs at anti-war rallies?

Same-sex couples from Australia seen heading to the U.S. in increasing numbers on the quest for designer babies: “IVF pioneer Dr Jeffrey Steinberg said an increasing number of gay and lesbian Australians were visiting his Californian fertility centre to begin a family and side-step Australian law that prohibits surrogacy. ‘We see about two or three gay couples from Australia each month and that’s about a five-fold increase over the last two years,’ he told The Sunday Mail. Dr Steinberg said between 75 per cent and 80 per cent of same-sex couples who came to him for treatment decided to choose the sex of the baby, using the controversial IVF procedure and embryo screening known as Pre-Implantation Genetic Diagnosis.” 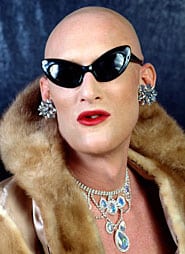 The NYT looks into the mysterious death of gay club icon Dean Johnson: “After Mr. Johnson did not show up for band rehearsal on Sept. 27, his friends called the Washington police and finally got an answer. Mr. Johnson’s body was in the city morgue; it had been there for a week. As details of his death surfaced, the mystery around it grew. Four days earlier, the police had found the body of another man, Jeremy Conklin, 26, at the same apartment — that of Steven S. Saleh. Mr. Conklin had been pronounced dead at a nearby hospital, said Inspector Rodney Parks of the Washington police. For Dean Johnson, whose heyday in the 1980s mirrored the rise and fall of New York’s bohemian downtown club scene, and who rarely kept the salacious details of his life private, it seemed an inconceivable way to go. The apartment Mr. Johnson died in was at the end of a nondescript hallway on the second floor of a stately building — a distant cry from the East Village nightclubs where he and the naked go-go boys under his command once reigned.”

Prince Harry cheers on English rugby at the World Cup. Unfortunately, no nipple-licking.