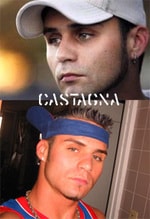 After the jump is the screenshot (with adult portions blurred) I took off Treasure Island Media’s video page. If you want to see where it came from, click here (NSFW).