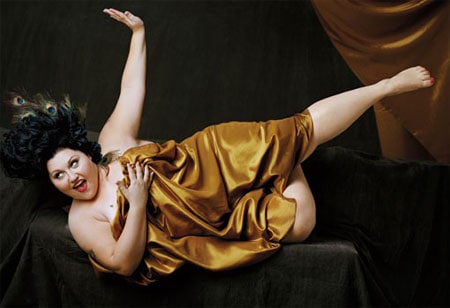 The frontwoman of The Gossip, Beth Ditto, penned an essay on revenge in her latest column for the UK’s The Guardian. She revealed a messy but effective tactic for dealing with homophobes:

“I have experienced a few situations where a little cold, calculated retaliation seemed appropriate. For instance, I once purposefully puked on some homophobic boys on a boat. This probably wasn’t the healthiest approach, but I considered it a political tactic more than a revenge per se, and it was certainly effective! Even in that situation, I’d still say the question – to puke, or not to puke? – was up for debate, but it did give me an instant feeling of relief, and I can’t say I’ve ever regretted it.”

Ditto, above, as captured by Francois Rousseau for the OUT 100.