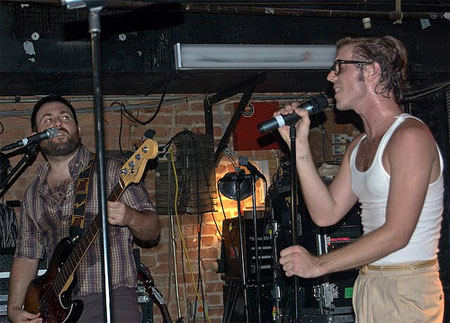 Arjan Writes posted the above shot of the Scissor Sisters at their surprise gig at New York’s Mercury Lounge last night, along with some others, via Queef Latina‘s Flickr page.

There’s also a rather rough clip of one of the group’s new tracks — “Who’s Your Money?”

Arjan also reports that a certain in-the-know news anchor was reportedly in the crowd last night, or at least the back of his head. 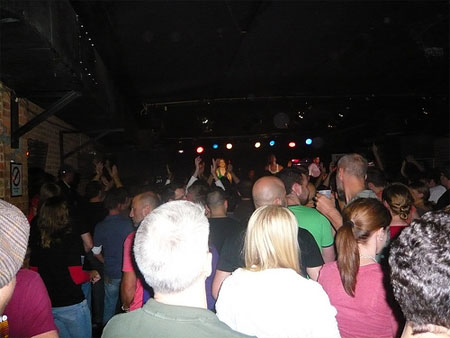