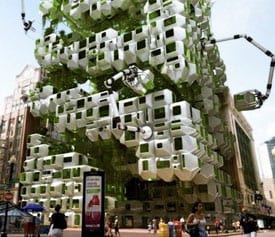 Tom Ford's A Single Man to open in limited release on December 11.

Gay divorce case: Right-wing Texans valiantly try to preserve a same-sex marriage. "As Evan Wolfson of Freedom to Marry says, 'the irony is that the
antigay forces are so opposed to gay relationships they won’t even let
us out of them.’'"

T.R. Knight talks about Parade and life after Grey's Anatomy: "I just want to be lucky enough to work, and to work with people I
admire. I love acting. I love doing work that is challenging — and
slightly terrifying." 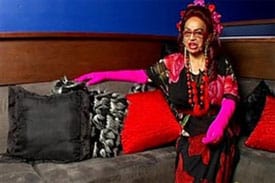 Carmen Rupe, New Zealand's top drag queen, turns 74: "She opened a string of businesses throughout Wellington – coffee
lounges, nightclubs and brothels. But for the first time, they were
places that were openly gay and indiscriminating. 'Treated everyone the same, no one was better than the other, whether
you were socialite society or down the gutter you know you're all the
same to me,' says Carmen."

Viggo Mortensen steps out with his murse.

Taylor Lautner gets wet and shirtless for Rolling Stone. 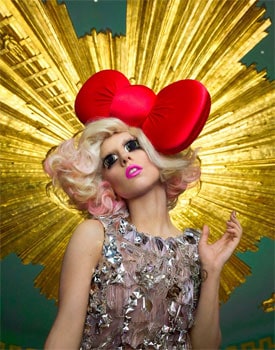 Lady Gaga gets an eye job.

More on Cheyenne Jackson and 30 Rock.

New Orleans Saints linebacker Scott Fujita is not only a friend to the gays, he's also a shirtless stud.

Poison plot in the UK: "A gay man tried to poison his lesbian neighbours by putting slug pellets into their curry after he was accused of kidnapping their three-legged cat.

Gary Stewart, 37, had been at loggerheads with Marie Walton and Beverley Sales for months.

But things looked brighter when he made a peace offering of some curry, claiming he had ordered too much from the Indian takeaway. When the women started to eat, they found the curry studded with slug pellets. They called the police and Stewart was arrested."

Maine education commissioner asks Attorney General to settle whether the state's marriage equality law will affect schools: “The commissioner felt it would be helpful to put this issue to rest."

Previous Post: « Obama on Winning Nobel: ‘I Will Accept This Award as a Call to Action’
Next Post: Movies: Get Yourself ‘An Education’ »