Former Rep. Eric Massa (D-NY), who stepped down (effective yesterday) amid claims that he was being bullied over the health care bill while also the subject of a sexual harassment inquiry involving a male aide and some "salty language" (his words) is under investigation for allegedly groping multiple male staffers, the Washington Post now reports: 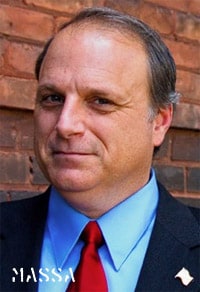 "The allegations surrounding the former lawmaker date back at least a year, and involve "a pattern of behavior and physical harassment," according to one source. The new claims of alleged groping contradict statements by Massa, who resigned his office on Monday after it became public that he was the subject of a House ethics committee investigation for possible harassment…According to two sources familiar with the probe, Massa's former deputy chief of staff Ron Hikel provided the information about the staffers' allegations to the House ethics committee three weeks ago. Hikel had earlier sought advice from Majority Leader Steny Hoyer's office about brewing internal complaints, the sources said, and had been urged to report the allegations to the committee."

Massa, who originally cited a recurrence of cancer as his reason for stepping down, was a first-term congressman. He is married to a woman.

Massa has said this on gay rights: "I know from personal experience in the military that the current policy, Don’t ask, don’t tell, doesn’t work. I fully support civil unions and equal legal rights for all Americans. Although civil unions do not provide all of the answers for the issues facing same sex couples, I believe they are a good start, and I support them. I do not support an amendment to the U.S. Constitution banning gay marriage; that is a wedge issue and a political ploy designed to distract voters from the massive failures of the Bush administration and Congress; it would also be the first amendment in our country's history to explicitly restrict rights."

Massa is scheduled to appear on Glenn Beck's show at 5pm, and Larry King Live at 9 EST.

The ladies of The View discussed Massa this morning, before the new "groping" allegations surfaced. Watch it, AFTER THE JUMP…