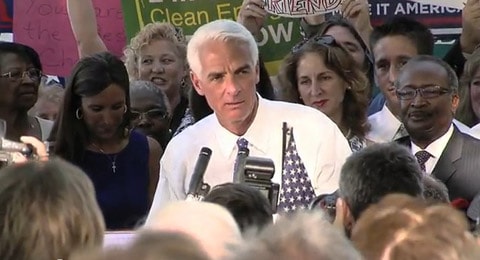 Said Crist: "My decision to run for the United States Senate as a candidate without party affiliation in many ways says more about our nation and our state than it does about me. As someone who served the people of Florida more than 15 years… I can confirm what most Floridians already know: unfortunately, our political system is broken."

Watch Crist's announcement, AFTER THE JUMP…