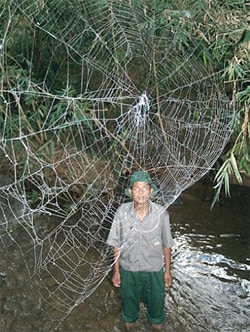 Largest, toughest spider webs in the world discovered in Madagascar.

Google Me: Kim Zolciak's latest assault on our senses.

Alexander McQueen remembered in London: "Kate Moss, Sarah Jessica Parker and Naomi Campbell were among those taking a break from London Fashion Week to attend the memorial service at St Paul's Cathedral."

Bill & Ted sequel in the works?

Ben Affleck back on top with The Town. 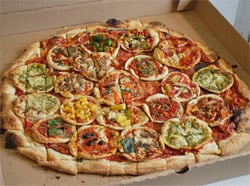 It's a meta pizza!

Canadian landlord forced to pay gay couple for discriminating against them: "A Yellowknife landlord has been ordered to pay $13,400 to a gay couple he refused to rent a house to because of religious beliefs."

Mashable interviews gay Facebook founder Chris Hughes, about his new project Jumo: "Jumo is building a social network to connect people who want to change the world. We make it easy for people to find, follow, and support those who work day in and day out on the challenges our world faces. We don’t make normative judgments about what people should care about – we’re just the infrastructure that helps the individual pursue her passions in a more meaningful way." 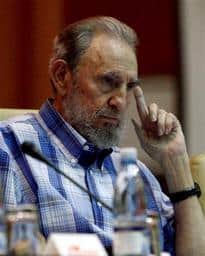 Is Fidel Castro responsible for the U.S. gay rights movement?

Today is a Day with HIV in America.

UK Lib Dems call for marriage equality: "Lib Dem members have urged ministers to recognise gay marriage as a "distinctly liberal" step to a more equal society. They supported a conference motion calling on 'discriminatory' barriers to equal marriage rights to be removed. One delegate told the conference that existing legal distinctions between marriage and civil partnerships 'taunted' people who were not married. Although Lib Dem ministers support the move, it is unlikely to have an immediate impact on government policy."