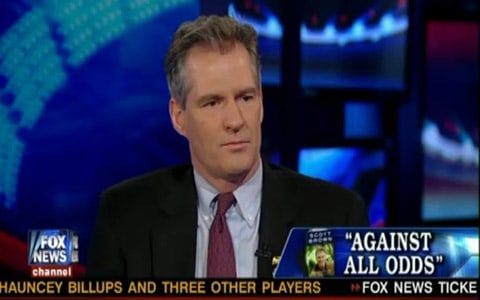 FOX News' Sean Hannity presses Senator Scott Brown on his vote to repeal 'Don't Ask, Don't Tell' and his allegiances to the Tea Party, among other things.

Says Brown: "I'm in the military, I'm still serving. I'm a lieutenant colonel. There are gays in the military, and when they come home injured or dead, I don't ask if they are gay or straight….All the leaders said — and I spoke with every one of them, and I spoke over a thousand people. They said our concern is about the implementation during wartime, and I agree with that, and so do they. And they are very cognizant of trying to do it during that period. So that issue obviously stands on its own merits."

(via the new civil rights movement)