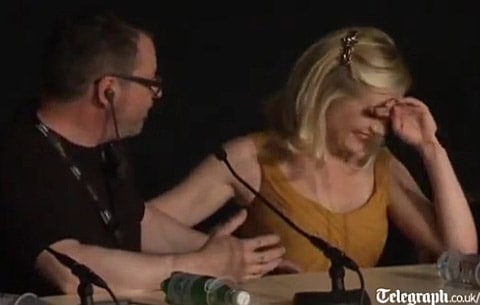 Director Lars von Trier has been banned by Cannes following remarks he made yesterday at a press conference for his film Melancholia that visibly stunned his star Kristen Dunst and sent shock waves through the festival. 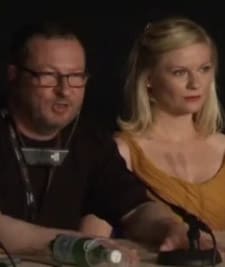 "I really wanted to be a Jew and then I found out that I was really a Nazi because my family was German….Which also gave me some pleasure…What can I say? I understand Hitler…I think I understand the man, he’s not what you would call a good guy. But I understand much about him. And I sympathize with him a little bit. I’m not for the Second World War. I'm not against Jews. I’m very much for Jews. No not too much, because the Israelis, a pain in the ass…Okay, I'm a Nazi."

A statement from Cannes organizers Thursday said von Trier now is "persona non grata" at Cannes for his comments a day earlier. It is an unprecedented move by the festival that bestowed its highest honor on the director's film "Dancer in the Dark" back in 2000.

The statement did not specify whether that meant von Trier's current Cannes film, "Melancholia," has been booted from Cannes and was no longer eligible for prizes.

Watch Von Trier's remarks (and Dunst look like she wants to crawl under the table),
AFTER THE JUMP…