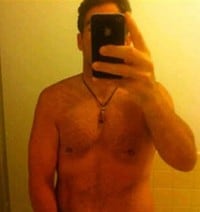 Roberto Arango, who seems to have posted photos of his chest and posterior to Grindr, just resigned from the Puerto Rican senate. You'll recall that he vice-chaired Bush's 2004 campaign in Puerto Rico. Along with the pictures, details have surfaced about his alleged anti-gay past. A tipster at Joe.My.God wrote:

In 2009 he voted in favor of Resolution 99 which would have amended Puerto Rico’s constitution to ban the recognition of same-sex marriages (it didn’t pass). He has been opposed to civil union bills and in 2004 he used a rubber duck and made it quack to make fun of an opponent (in Puerto Rico, the word for duck, “pato”, means faggot.)

Earlier: Puerto Rican Senator Has a Perfectly Good Reason for Being on Grindr