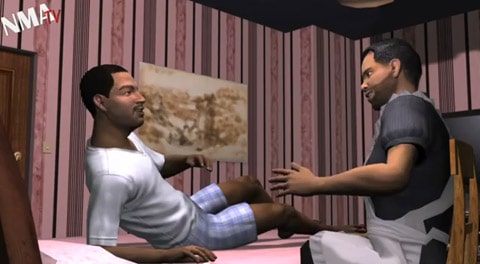 An anti-gay sexual harassment complaint I posted about back in April against Reverend Jesse Jackson is getting some renewed attention following an article on it at Courthouse News. The complaint by former Rainbow PUSH Coalition staffer Tommy Bennett seeks $98,300 for lost income and benefits and $350,000 for punitive damages.

The complaints against Jackson are graphic, to say the least.

It has also caught the attention of Taiwan's Next Media Animation, which has provided a visual as only they can, AFTER THE JUMP…