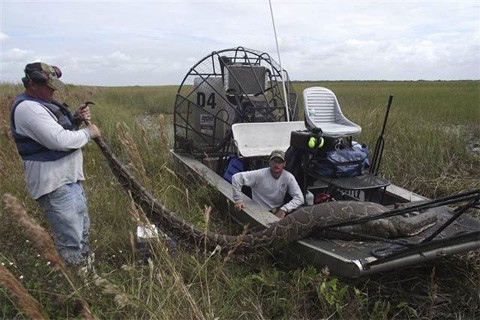 One more reason not to hike alone through the Everglades (or to release or keep exotic animals, as we saw in Zanesville, Ohio last week, in places they shouldn't be).

MSNBC reports: "(Scott Hardin, exotic species coordinator for the Florida Fish and Wildlife Commission) said the python had recently consumed a 76-pound female deer that had died. He said it was an important capture to help stop the spread of pythons further north. The python was killed with a shotgun blast."