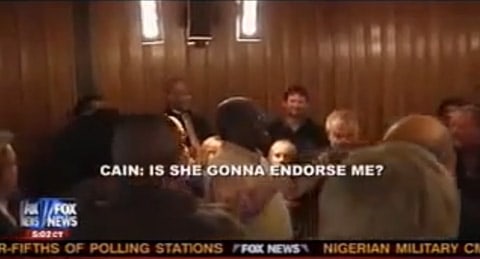 Herman Cain cracked a joke about Anita Hill, the woman who accused Supreme Court Justice Clarence Thomas of sexual harassment more than 20 years ago, in Kalamazoo, Thursday after a supporter mentioned her.

Last night, Rachel Maddow noted the circus Cain has generated with this meme:

"Are we now even beyond that where it's being claimed as an asset, being accused of sexual harassment is actually a point of pride in some way?"