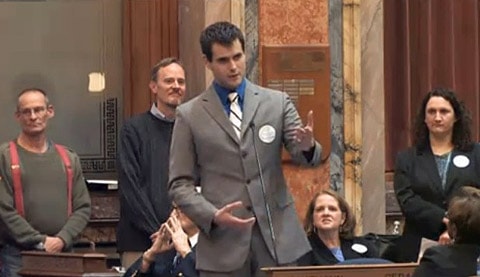 Zach Wahls' inspiring speech to the Iowa legislature about his gay moms is YouTube's top political video of the year.

Writes YouTube: "Surpassing the President and various presidential hopefuls in views, the #1 video on our list comes from a young man in Iowa speaking candidly to his government. Zach Wahls’ 3 minute speech defending gay marriage has been viewed more than 18 million times."

The other top clips:

Previous Post: « LGBT and Homeless for the Holidays
Next Post: Tim Tebow Will Not Be Participating in an ‘It Gets Better’ Video »