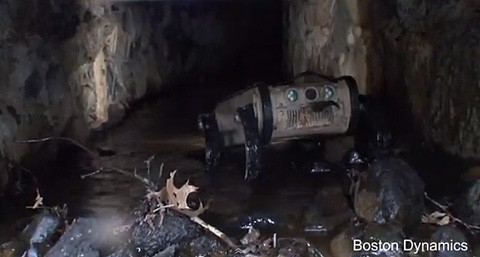 As a follow-up to yesterday's amazing Boston Dynamics robot based on a sand flea, here's a companion six-legged bot the company has designed that is based off of the movements of cockroaches, called RHEX.

Controlled by an operator up to 650 yards away, it can also tackle slopes, stairs, and swim underwater while relaying video of its surroundings.

Both are scheduled for testing in war zones: "The Rapid Equipping Force is slated to deploy nine Sand Fleas and four RHex robots to Afghanistan for further testing once they complete ATEC trials."

Check it out in action, AFTER THE JUMP…