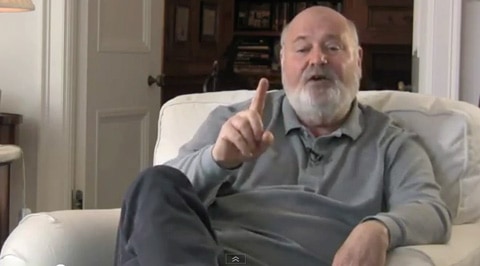 Big news from the American Foundation for Equal Rights. Their one-night-only production of Dustin Lance Black's '8', the dramatization of the Prop 8 trial will be live-streamed on YouTube.

Jane Lynch will play prominent opponent of marriage equality Maggie Gallagher, co-founder and former chairman of the National Organization for Marriage.  Rob Reiner will play David Blankenhorn, founder and president of the Institute for American Values.

In a new video, Rob Reiner announces the live broadcast, and breaks the news that Brad Pitt is now involved! Pitt will star as Judge Vaughn Walker.