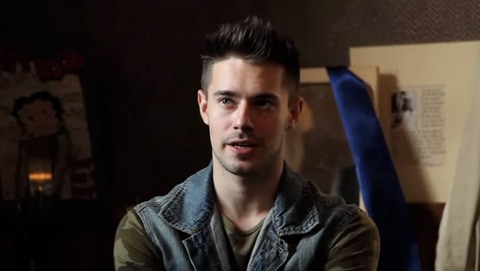 Chris 'Leave Britney Alone' Crocker is the subject of a forthcoming HBO documentary Me @ The Zoo.

V Magazine talks to Crocker in a new interview.

Writes V in the print issue:

“Back in 2006, when I started posting videos, there really weren’t many visible gay teenagers making videos about their own lives,” says Crocker. Home-schooled after being relentlessly bullied over his ultra-femme/trans appearance, he found strength, paradoxically, in being as visible as possible in the online world. “I was used to the hatred, so I didn’t care,” he says. “I was paying attention to the fact that there were actually people out there who related to me. Having people write and tell me that I gave them confidence and made them feel better about going to school, that’s what I was drawing from. I never took the death threats seriously.”

Crocker also never saw himself as different from other kids—at least not until they started teasing him—in part because of the way his mother had raised him. “She’s very free-spirited and didn’t care if I had long hair in braids or played with Barbies and was feminine,” he says. “The years with her really had an impact on me.” Me @The Zoo makes the connection between Crocker’s relationship with his troubled mom—who still struggles with addiction and homelessness—and his compassion for Britney Spears, which is what led to the video that made him famous.