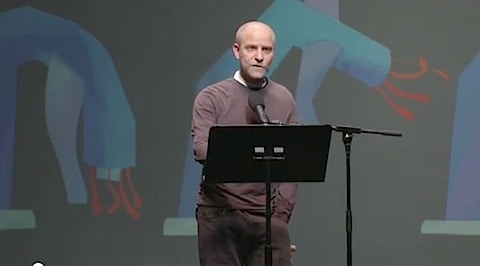 in "The Invisible Made Visible", a This American Life stage show segment that was broadcast to movie theaters live in May of this year, David Rakoff, who died last week after a battle with cancer, recalls the effects of a surgery which cut a nerve that had been causing him constant pain but which left his arm rather useless.

Previous Post: « Cat Drops in on University Lecture: VIDEO
Next Post: Chris Christie to Give Keynote Address at Republican Convention »