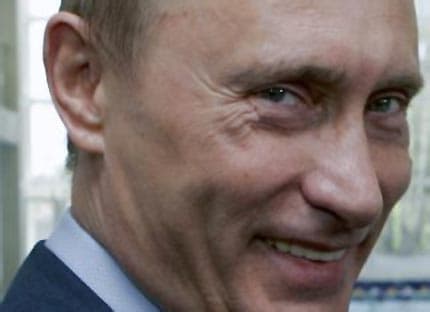 Vladimir Putin admits he's a bit of a fibber:

Russian President Vladimir Putin told a Russian journalist that many of
his most picturesque media appearances — shooting a tranquilizer dart
into a tiger who appeared about to pounce; tagging a wounded snow
leopard; and, just this week, wearing a feathery white suit to pilot a
glider to guide a group of cranes south for the winter — were staged.

Politicians cozy up to Scientology: 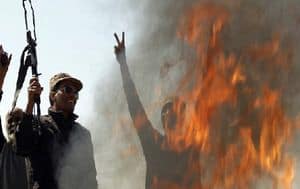 US pulls personnel from Tunisia and Yemen.

The Obama administration expects this nonsense could go on for a while:

“The reality is the Middle East is going to be turbulent for the
foreseeable future and beyond that,” said Richard Haass, president of
the Council on Foreign Relations and a former State Department official
in the Bush administration. “It’s going to present the United States
with any number of difficult choices. It’s also going to be frustrating,
because in most instances our interests are likely to be greater than
our influence.”

Don Philip really was "bullied" into coming out on the X Factor.

“We must pass the Gender Expression Non-Discrimination Act,” or GENDA,
he said in a video message posted on the Pride Agenda’s website at the
time his appointment was announced on September 15. “That’s our next
victory.” He noted that polls have shown that more than three-quarters
of New Yorkers support the principles underlying GENDA.

… Schaefer most recently served as the director of public policy at the
Gay Men’s Health Crisis (GMHC), the city’s oldest and largest AIDS
services and advocacy group. He also worked in Washington for the AIDS
Alliance for Children, Youth, and Families, a group established in 1994
that does both advocacy and partnership-building work.

With an album coming out next week, Aimee Mann talks about the state of the arts.