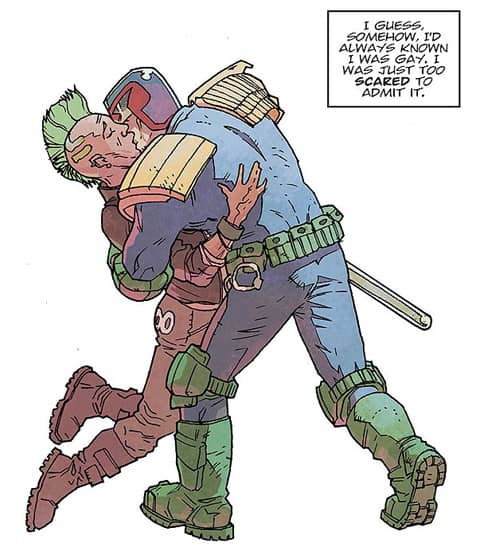 A leaked page from a new '2000 AD' comic shows Judge Dredd, the policeman from the future (portrayed by Sylvester Stallone in the 1995 live action film), kissing a young man in a gay club, and teases the idea that he's coming out of the closet, the Independent reports:

Reaction to the teaser, which was released online last month, has been mixed, with some fans so hostile to the idea they have threatened to burn the comic.

A spokesman said: "We have had quite an extreme reaction. "Dredd has always been satirical, while touching on serious issues. This is another example of this."

There is a twist in the tale, with all not being as it seems, the spokesman said. Writer Rob Williams said Dredd's sexuality – whatever it is – was buried beneath his love for the law.

He said: "Although, can you imagine what would happen if that repression ever fell away, just for an instant? Sure, Dredd could be gay.

Devoted readers will just have to wait and see. Check out the full leaked page,
AFTER THE JUMP… 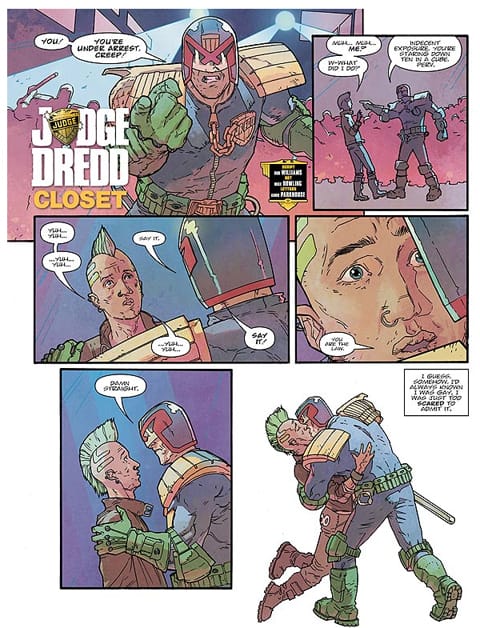