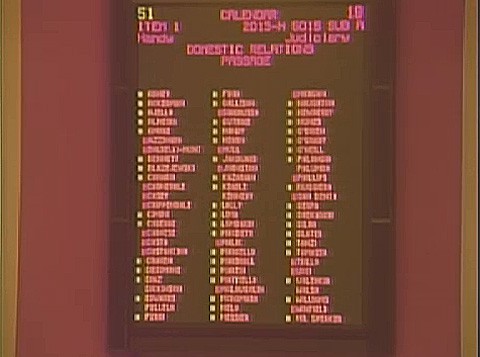 Rhode Island's House of Representatives has passed marriage equality legislation in a 51-19 vote. The bill now moves on to the Senate where it faces a much tougher battle.

Back in December, WPRI reported on the bill's chances in the Senate:

Senate Judiciary currently has 10 members, two of whom won’t be back in January: Democrat Rhoda Perry, a staunch supporter of same-sex marriage, and Republican Glen Shibley, an opponent. Chairman Michael McCaffrey, a Warwick Democrat, announced on “Newsmakers” earlier this year he wouldn’t block a committee vote on the issue, but like Paiva Weed he remains personally opposed to gay marriage.

Just getting a bill out of committee, then, could be a challenge for same-sex marriage supporters. They need six votes in favor if all committee members are present and voting (some could take a walk and not cast a vote at all) but they start with only three. Getting two supporters appointed to the panel, and pushing Jabour to a yes, would give them enough – but there’s no guarantee who’ll be on the committee on January.

And even if they’re successful in committee, same-sex marriage supporters need to get the bill to the floor of the Senate and then convince as many as 19 senators to vote in favor of it. It’s safe to say there will be a lot of vote-counting on this issue happening in the upper chamber next year. Indeed, one reason for opponents like Paiva Weed and McCaffrey to allow a vote is to change the discussion from whether they’re blocking a vote to whether same-sex marriage’s proponents can muster adequate support.

It's time for Rhode Islanders to call their lawmakers. Information on how to do so HERE.