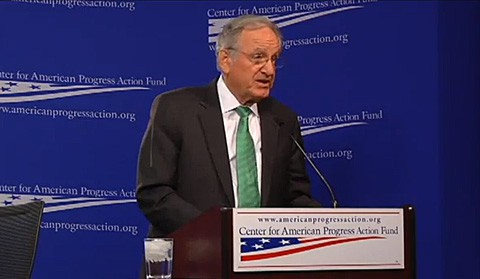 Senator Tom Harkin (D-IA), the Chair of the Senate Health, Education, Labor, and Pensions (HELP) Committee, promised during remarks this morning at an event at the Center for American Progress that the Employment Non-Discrimination Act (ENDA) will "move thie year."

Think Progress notes that Harkin has the power to ensure that it receives at least a committee mark-up and vote.

Earlier this week, LGBT activists protested outside the White House over inaction by the President to make good on a first-term promise to pass ENDA. At the same time, the Washington Post reported that Obama was increasingly considering the use of an executive order to get LGBT protections passed.