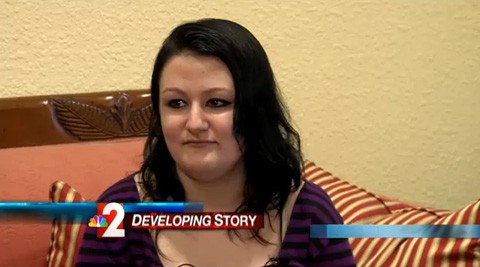 Gay Florida teen Amber Hatcher is suing the DeSoto County School District saying her principal threatened her after she expressed her desire to participate in the national Day of Silence against bullying.

Hatcher says the principal directed her not to participate or face discipline. She did it anyway and was suspended.

The high school's principal was removed a few weeks ago as part of an investigation. No word if it is related to this lawsuit. The district also has a new superintendent after the last one, Adrian Cline, lost his seat in an election—we were the first to tell him about this lawsuit today. He had no immediate comment.

Previous Post: « Poll: 61 Percent of Californians Approve of Marriage Equality
Next Post: Pope to Live with His Rumored Secret Boyfriend in Retirement »