Michael Goff: Twit and wisdom of the late Spencer Cox.

Mixner: House Republicans strip LGBT issues out of the Violence Against Women Act. 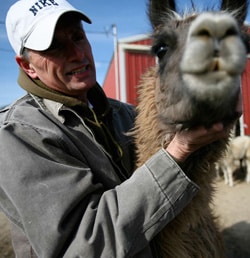 Meet Kevin, the gay Kentucky llama farmer struggling to get by after being fired from his teaching job for being gay. "He sued for wrongful termination and, though the judge agreed that he had been treated unfairly, there is no Kentucky state law regarding anti-gay discrimination at the workplace. More than a year later, Kevin is still out of work, exhausted, and behind on bills and legal fees. He continues to work on the animal sanctuary he runs on his 18-acre property."

Dlisted on the Kristen Stewart disaster…

Seems KStew couldn't even get her audience shot right.

Rick Perry to speak at CPAC: "Governor Rick Perry has been successful in leading Texas with strong fiscally conservative policies," said ACU Chairman Al Cardenas. "We look forward to welcoming Governor Perry back to the CPAC stage in March." 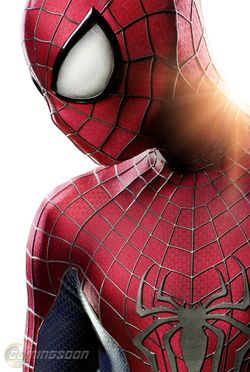 Coming Soon has a look at the new Spider-Man suit.

The Gay & Lesbian Community Center of Southern Nevada finds home in Las Vegas: "Staffers and volunteers are putting finishing touches on The Center's new $4 million digs in a freestanding building in downtown Las Vegas. The 16,000-square-foot Robert L. Forbuss Building, in a residential neighborhood on Maryland Parkway at Lewis Avenue, is set to open early next month. The fully renovated facility is a far cry from The Center's previous home – a cramped storefront next to a swingers club in Commercial Center – and represents a coming of age for the organization."

Will Hillary Clinton clear the 2016 field?

British nurse takes on Archbishop of Westminster in marriage equality debate: “I sometimes despair of this church, this institution. It seems to me in my reading of the Gospels that Jesus had no problem whatsoever with those who were considered outsiders or exceptions. He appears to have happily shared meals with prostitutes, drunkards, lepers, Gentiles and I do not doubt with people of same-sex orientation since such an orientation has existed since time began. The church seems much happier with its version of order over compassion and love towards the so-called exceptions. It has an appalling history of excluding and torturing those who do not think or subscribe to its definition of ‘right’. “ 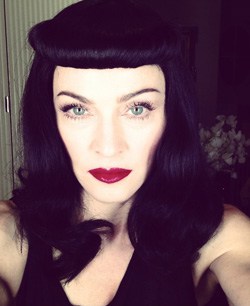 Madonna, Brahim, and Lourdes dress up for Purim.

A lost continent has been found under the Indian Ocean: "The slab, dubbed Mauritia, was probably formed around 61-83 million years ago after Madagascar split from India, but eventually broke up and became smothered by thick lava deposits, they said."

UK activist Peter Tatchell on Cardinal O'Brien's resignation: "Cardinal O’Brien condemned homosexuality as a grave sin and was a long-time opponent of gay equality. He supported homophobic discrimination in law, including the current ban on same-sex marriage. In the light of these allegations, his stance looks hypocritical. He appears to have preached one thing in public while doing something different in private…The Vatican is shamelessly championing homophobia and the denial of legal equality to gay people, while hosting a hotbed of secret, guilt-ridden clerical homosexuality."

Previous Post: « Pundit: Pro Teams Want to Know if Manti Te’o is Gay But Nobody at the NFL Combine Has the Nerve to Ask — AUDIO
Next Post: Towleroad Guide to the Tube #1314 »