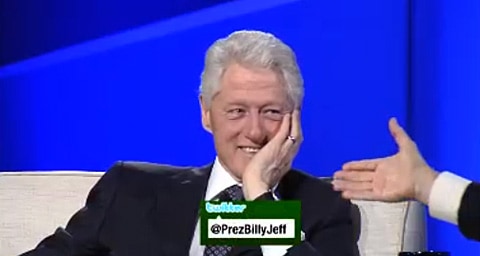 Said Clinton about why he run's the Clinton Global Initiative:

Later they discussed social networking, and Clinton admitted that it's not something he does much of, explaining that "When I became president there was no email. Then email was largely interoffice." Clinton said that what email did do was create the opportunity for it to be subpoenaed.

"I think I'm sort of insecure, like what if you tweet and nobody tweets back? There's nothing worse than a friendless tweeter. You're just wandering around in cyberspace."

So, Colbert told him that he had signed him up. 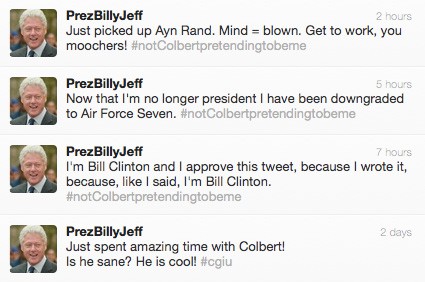 And Here are Parts 1 and 2 if you are interested: