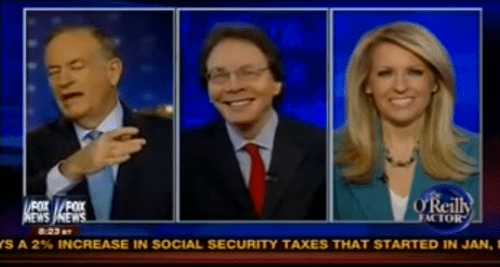 Fox News seems to have largely given up in its losing battle against marriage equality for gays and lesbians, but there's still one segment of the LGBT community that it feels comfortable openly mocking and demonizing on air: transgender people.

Fox's reliably defamatory coverage has prompted criticism from groups like the Gay & Lesbian Alliance Against Defamation (GLAAD), which recently asked of Fox's transphobic coverage "when will it change?"

Another group, Basic Rights Oregon, launched a petition against Fox's transphobia earlier this year in response to a Fox Nation article which used an image from the film Mrs. Doubtfire to trivialize a story about transgender healthcare.

Watch it and weep, AFTER THE JUMP…