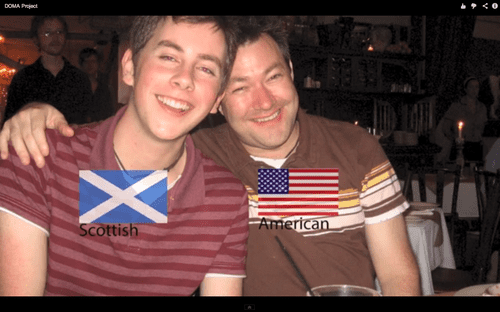 But in June 2009 they had their first inkling that their international love would be tested: Jamie, a native of Scotland, was detained at SeaTac Airport due to visa problems and was denied the right to call Tim. Now, Jamie and Tim's marriage in Canada cannot be recognized legally in the United States because of the discriminatory Defense of Marriage Act.

With a Supreme Court decision on the horizon, we can only hope couples like Tim and Jamie will soon be married in the eyes of the law.

Watch their emotional testimony, AFTER THE JUMP…