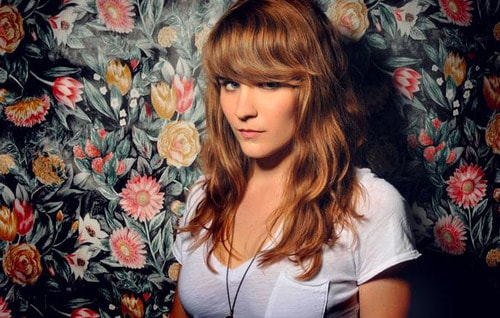 Singer-songwriter Jenny Owen Youngs came out of the closet in a blog post today.

I’m writing to tell you, among other things, that I am super gay. This may or may not come as a surprise to you. If it does: Surprise! If it does not: You were right all along! Either way: Hooray!

I didn’t want to come out. I don’t want coming out to be a thing that anyone has to do.

A short list of things I’d rather be doing than “thinking about being gay” includes (but is not limited to) writing a song, reading a book, climbing a tree, dancing a jig, and watching Buffy the Vampire Slayer for the zillionth time. Don’t get me wrong – I think it is in the best interest of everyone to strive for a greater understanding of the self. I just wish that being gay (or transgender, or asexual, or fill-in-the-blank here) was as unremarkable to the masses as being left-handed or blonde.

In a perfect world, nobody would have to experience any of the negative side-effects of figuring out that you’re gay, which can include feeling confused, shameful, afraid, lost, or alone. In a perfect world, everyone could just like who they like, and get on with it.

Spoiler alert: We do not live in a perfect world.

Watch Owen Youngs video, "F**k Was I", AFTER THE JUMP…

More on Owens Young and her career at Autostraddle.