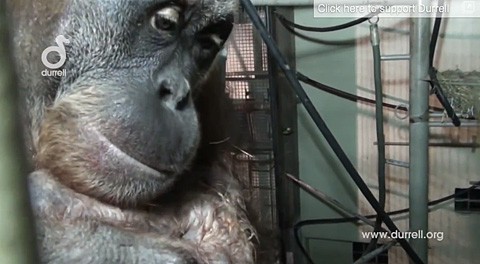 According to conservationists at the Durrell Wildlife Conservation Trust, "The Sumatran orangutan population, classified as Critically Endangered (IUCN Red list of threatened species), is thought to number a mere 6,600 individuals, and reportedly loses 10 to 15% of forest habitat to logging and palm oil plantations every year."