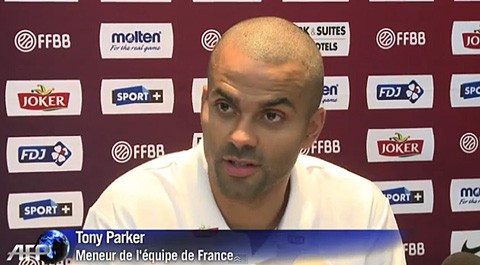 San Antonio Spurs player Tony Parker apologized over the weekend for saying that France was playing like "tapettes" (fags) during a match-up with Spain in the Eurobasket 2013 semifinals in which they were trailing by double digits, Spurs Nation reports.