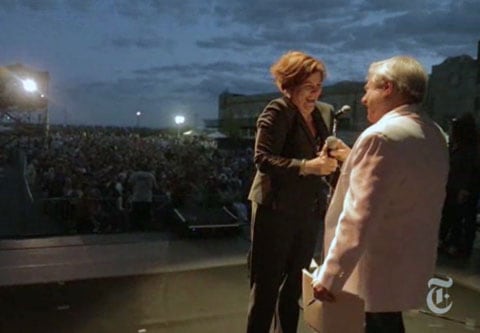 Christine Quinn might have been New York City's  first woman and LGBT mayor.

The New York Times just released a documentary called Hers To Lose, about the campaign:

From the start of the New York City mayoral race, Christine Quinn had it all: name recognition, an overflowing war chest and a seven-year record of accomplishment as City Council speaker. She was Mayor Michael Bloomberg’s heir apparent, on track to become the city’s first female and first openly gay mayor. Then, a month before the primary on Sept. 10, she began to slide in the polls.

This is the story of her collapse, as witnessed from within her campaign.

Watch the full documentary, AFTER THE JUMP…