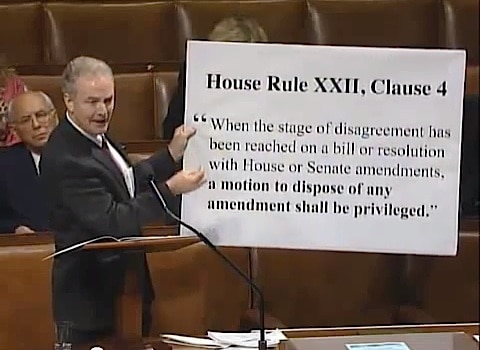 News of their filthy trick was revealed last week but Rep. Chris van Hollen (D-MD) posted this over the weekend explaining how the House Republicans guaranteed a shutdown .

The Republicans were resolved to up-end the standing rules of the House, to completely strip the minority of any rights. They were resolved to shut down the government. That's House Republican leadership at work. No tea party member was forcing Republican Speaker John Boehner and Eric Cantor and Pete Sessions to change this rule. Probably no tea party member knows House rules well enough to know this one even existed in the first place.