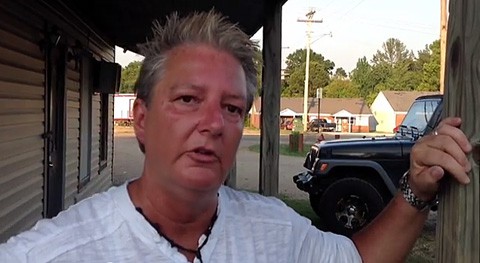 The Southern Poverty Law Center has filed a lawsuit against Shannon, Mississippi for denying a business license to Pat Newton, a lesbian, who wanted to open a gay bar in the town in order to provide a safe space for LGBT in the area to socialize.

Watch Newton speak about applying for the license and being denied before a hostile crowd of 30 to 40 people, AFTER THE JUMP…

SPLC describes the lawsuit and its circumstances:

The complaint describes how the town of Shannon and its leaders denied a business license to Pat Newton, a lesbian, who owns O’Hara’s bar, in violation of her right to free speech and equal protection under the First and 14th Amendments.

A town cannot deny a license because of hostility toward members of a particular group. It also lacks legitimate authority to deny a license to prevent someone like Newton from sending a positive message about LGBT people in Mississippi or to prevent her from providing them a safe space.

“The mayor and aldermen have no legitimate reason to deny Pat Newton the business license,” said David Dinielli, SPLC deputy legal director. “Their opposition is rooted in blatant hostility toward a legitimate business, simply because a lesbian would operate it and because it would serve the LGBT community. They have discriminated against our client, even relishing the opportunity to discriminate.”

One alderman has stated that the town, which struggles with a shrinking tax base, welcomes the prospect of fighting a federal lawsuit rather than allow a revenue-generating gay bar to operate within the town’s boundaries. The complaint refers to him stating that he is looking forward to this lawsuit because litigation would likely delay the opening of O’Hara’s even longer. 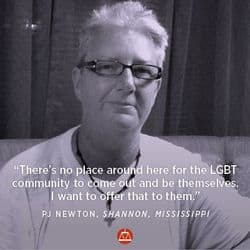 Also disturbing is the way the town confronted Newton about the business:

When she asked about obtaining a local business license, the mayor told her to submit an application and attend a board of aldermen meeting on June 4, when the board would vote on her application. Newton thought the hearing would be routine, but instead she encountered a hostile crowd of 30 to 40 people.

The mayor asked her to justify why she should be permitted to open the bar. After stating her reasons, the mayor asked the aldermen and citizens to raise their concerns. Newton was confronted with questions laced with insults from citizens and aldermen. One resident asked how Newton could call herself a Christian. Another asked whether she would let her daughter go into “a bar like that.”

Watch Newton speak about applying for the license and being denied before a hostile crowd of 30 to 40 people, AFTER THE JUMP…

Read more on the lawsuit here.