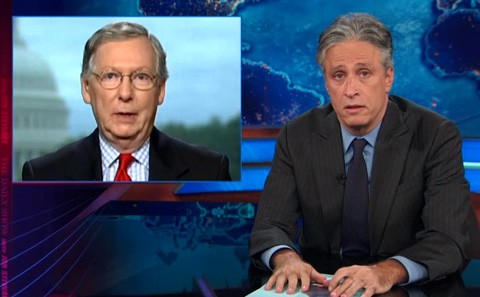 Jon Stewart brings the Republicans down peg by peg over their ransom-holding shutdown of the government, eventually getting to the absurd talking point trotted out this week that Obama will negotiate with Iranians but not Republicans.

"You’re not helping yourself. If it turns out that President Barack Obama can made a deal with the most intransigent, hardline, unreasonable, totalitarian mullahs in the world, but not with Republicans, maybe he’s not the problem!"