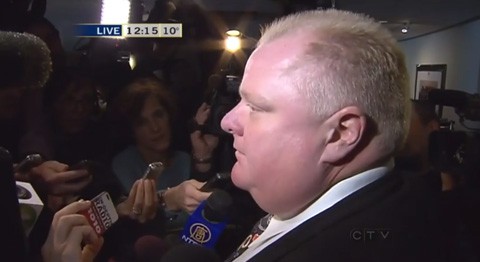 Ford has been embattled over the crack charges since reports surfaced of a video in which he is seen smoking it.

The news conference came a week after two Star reporters disclosed that they had seen a clear video of Mayor Ford smoking what appeared to be crack from a glass pipe, calling Justin Trudeau, now Liberal leader, a “fag” and his high school football players “f—— minorities.”At that news conference, Ford said he would not comment on a video “that I have never seen or does not exist.”