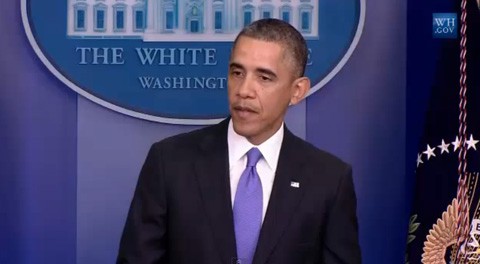 In a press conference today with reporters, President Obama said that insurers could continue offering individual insurance plans for another year even if they don't comply with the Affordable Care Act's rules for minimum benefits, conceding that the roll-out of 'Obamacare' had "been rough so far."

The decision runs counter to a central aim of the law, which was to ensure that all people in the United States with private health plans are guaranteed at least certain benefits.

Obama said the administration will insist that insurance companies continuing to sell individual health policies that do not comply with those standards inform consumers about “what protections these renewed plans don’t include” and alert their customers to potentially better and more affordable insurance available through the new federal and state marketplaces.

The White House’s strategy differs from a bill on which the House is to vote on Friday, sponsored by Rep. Fred Upton (R-Mich.), which would let new customers buy such minimal policies, rather than allowing only existing policy-holders to keep them for an additional year.