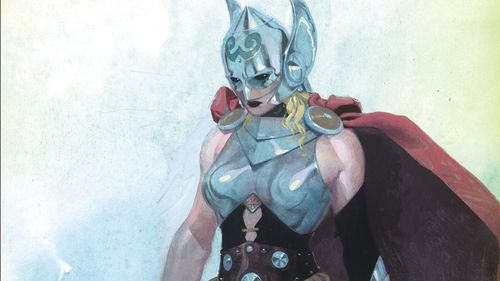 Marvel announced today that its iconic character Thor will be relaunched in a new series, as a woman:

“The inscription on Thor's hammer reads ‘Whosoever holds this hammer, if HE be worthy, shall possess the power of Thor.’ Well it's time to update that inscription,” says Marvel editor Wil Moss. “The new Thor continues Marvel's proud tradition of strong female characters like Captain Marvel, Storm, Black Widow and more. And this new Thor isn't a temporary female substitute – she's now the one and only Thor, and she is worthy!”